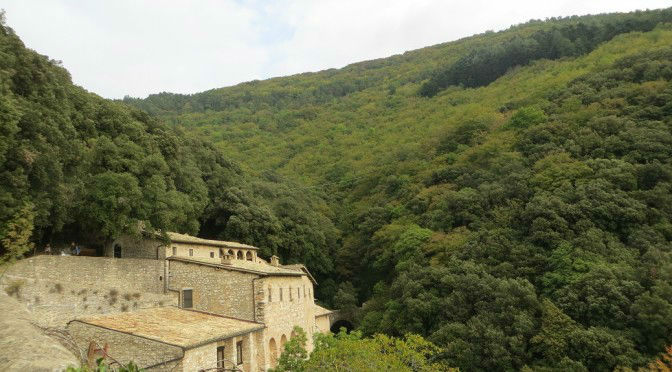 Man’s relationship with Mount Subasio also concerns the flora; on one side the practice of tillage and sheep and on the other the culture collection especially of flowers, over the years have led to the disappearance of many plant species and the presence of other. After the Middle Ages in fact there has been a depletion of the variety and amount of vegetation on the mountain; the real work of reforestation began during the First World War by the Austro-Hungarian prisoners; after World War II rather important was the intervention of the State Forestry Corps to control and land conservation. Among the most interesting is that in 1961 by the Institute of Entomology and by the University of Pavia, which introduced the nests of red ants useful for biological control of parasites of tree species and the creation of experimental particle in which to observe the development coniferous high growth.

The same regional law 3.3.1995 9, which established the park of Mount Subasio, has introduced legislation aimed at enhancing the protection of natural heritage by expanding the knowledge and use respectful and aware that all and especially future generations can enjoy the beauty offered by nature. Important “vegetation map of the regional park of Mount Subasio” by Ettore Orsomando and Andrea Catorci, which outlines the geomorphology of the mountain describing the various types of vegetation in relation to various substrates.

In the park we can distinguish three zones: the first is represented by the cultivation of olive trees, it occupies the lower area of the park, and generally comes to a height of 600-700 m: the culture is present from Assisi to Spello through Costa Trex; Armenzano, Saint Giovanni and Collepino. The olive groves are often interspersed with forests of oak present in areas exposed to the sun and therefore less humid.

The second area is characterized by deciduous forests, the dominant species are: oaks, hornbeams blacks, flowering ash, oaks, maples and oaks. The vast beech forests, because of repeated human intervention occurred in the past, are now limited to some marginal areas; the beech largest is known as the “macchione” between Armenzano and Costa di Trex. The holm prevail on the western side, the hornbeams blacks occupy the side of the south-west and ornelli to the northeast.

The third area consists of conifers (pine, fir, cedar) and mountain pastures where, in addition to grass species, there is the presence of red juniper.

They are the flowers to color the meadows of Subasio especially in spring and summer, there are many species, among them the narcissus (Narcissus poeticus), symbol of the mountain, with a color gradient that goes from white to pale yellow with a orange central veins. This flower, now protected, in the past it was traditionally collected on Ascension Day for the floral Spello of Corpus Christi.

The roots, flowers, fruits and leaves of many plant species are used for the purpose flavoring and food, among the most common are: juniper, asparagus, wild rose, blackthorn, dandelion, mallow, chicory, nettles, the loquat common, the wild pear, hops, clematis.

On top of the Subasio there are artificial woods, at the beginning of ‘900 there were no trees but only stones. Only the holm oak of Benedictine hermitage is native. There are two northern beech forests above 900 meters of altitude: the “macchione” (town of Assisi); the other is the stain of Pale. Close to the Carceri Abbey and St. Benedict’s Abbey there is the pine forest of the prisoners, in the war of ’15 -18 the black pine was planted by the Austro-Hungarian prisoners.

One of the most interesting examples in Italy of holm oak tall trees is the Hermitage of the Carceri, as to be considered of national interest. It is a Mediterranean species protected by the friars who inhabited the mountain after St. Francis, in fact, both Francis and the Franciscan Order, dedicated to the worship and the conservation of the Franciscan places, they are the tangible example of the sense of respect for the environment, bears witness is the Canticle of the Creatures.