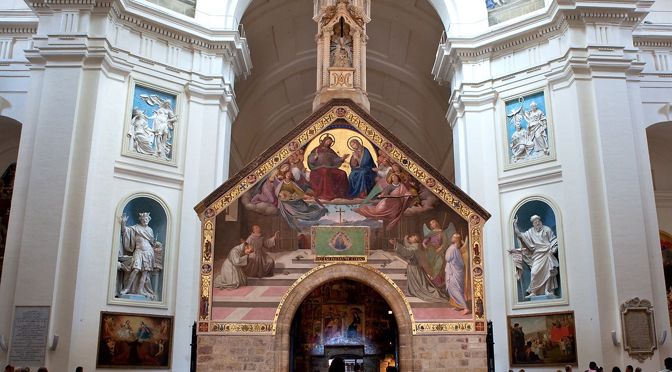 For over seven centuries the 1 and 2 August, in Santa Maria degli Angeli, it is celebrated the Feast of Pardon, one of the highlights of the year for the entire community of Assisi. Visiting the Porziuncola in these two days, the pilgrims can receive the gift of the plenary indulgence, the forgiveness of all their sins.

Tradition says that one night in 1216, St. Francis, as he was praying in the little church of the Portiuncula, saw above the altar Christ and the Virgin Mary, surrounded by angels. That evening they asked him what he wanted for the souls of faithfuls. Francis asked, then, a broad and generous pardon, with a complete remission of all sins, to all those who, repented and confessed, was entering in the church. The prayer was accorded on condition that the Pope, vicar of God on earth, was informed about it. 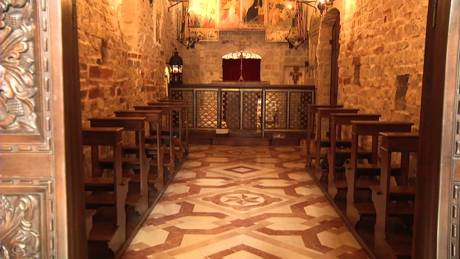 At that time Innocent III had just died in Perugia and the conclave, held right in the city of Griffin, had elected Pope Honorius III. Then, Francis and Masseo went to Perugia, and soon obtained by Pope and cardinals, for those who crossed the entrance of the Porziuncola on August 2, the liberation “from the guilt and punishment in heaven and on earth” since of baptism until the day and time of entry into the church. A few days later a Francesco tearfully announced, to the people came at the Porziuncola: “My brothers, I want us all in Heaven!” And the famous moment is still imprinted in the fresco by Tiberio of Assisi in the nearby Chapel of the Roses. 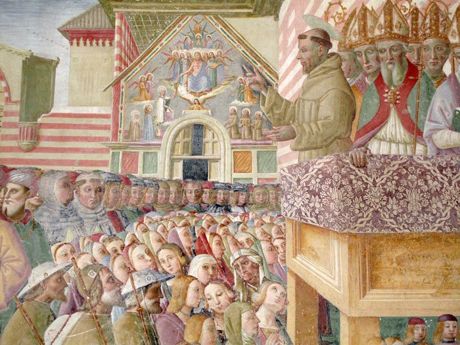 Millions of souls have crossed this “door of eternal life” aspiring to the “Pardon of Assisi” of the Portiuncula and the event is still repeating from the morning of August 1 to midnight of the next day.

Now it awaits the visitors the basilica designed by architect Galeazzo Alessi. It was built in the ‘500 to guard and enclose the Portiuncula, the chapel of Transito where Francis died, the Chapel of the Roses and the roses bush without thorns, and also to accommodate the multitude of pilgrims from the feast of the Pardon of Assisi (August 2) and for the anniversary of the death of St. Francis (October 3 and 4). 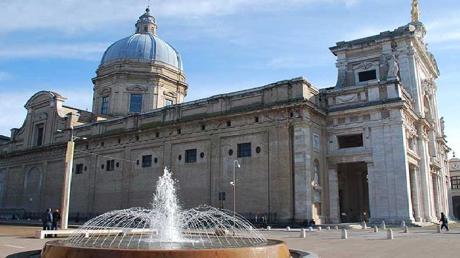 The guests came at “gli Angeli”, by foot along with backpacking from the many paths that lead to Assisi or came by any other means, were welcomed (and still be today) by the great fair in the town streets and by other collateral events, which make the Feast of Pardon interesting not only from the strictly religious side.

As tradition, the solemn opening of the “days of Indulgences” takes place August 1 at 11 a.m. with the Mass and the procession; in the afternoon the Pro Loco organizes the Refreshment of Pilgrim. 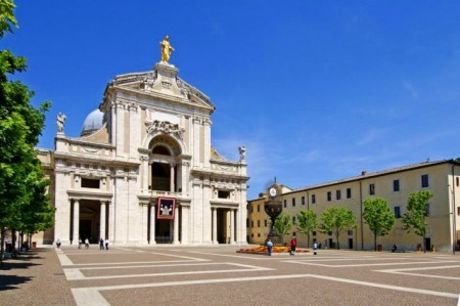 The event has its culmination on August 2: 11 a.m., Mass; in the afternoon, arrival of the Franciscan March of Pardon; in the evening, Concert of Pardon with the South Korean Youth Orchestra.

Without interruption, in the two days they are available priests in the Basilica, to hear confessions in various languages.