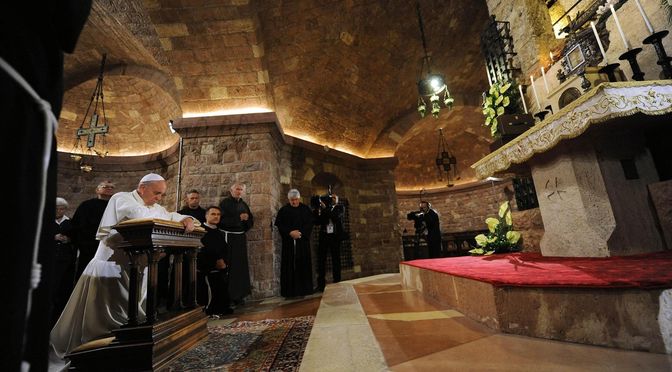 The October 4 it’s celebrated St. Francis Patron of Italy and, in his hometown Assisi, it is a particularly felt recurrence.

It commemorates the death of one of the most beloved saints in the world, who took off everything to marry “Lady Poverty” and to live in imitation of Christ. Francis is one of the precursors of Italian literature with the Canticle of the Creatures, he is the protagonist of one of the most beautiful chants of Dante’s Paradise, and he has the merit of having saved the Catholicism of his era from corruption and richness, re-establishing the link between the Church and poorer classes.

The appointment in October is between those solemn, and it involves the senior representatives of the Italian government and the highest regional provincial and municipal authority of the Region of turn. Tradition is, in fact, that a Region comes to Assisi to donate the oil to fuel the votive lamp that burns in the crypt of St. Francis for the next twelve months.

This year 2019, to represent Italy in the commemoration of its Patron is is the Tuscany. The pilgrimage of October 3 and 4 at the Portiuncula, the Chapel of the Transit and the Tomb of Francis concludes the Triduum of preparation (from 30 September to 2 October) that, for more than eight centuries, leads to the Forgiveness of Assisi. The highest officials of the Tuscany Government have the honor to speak to the faithful from the Lodge of the Sacred Convent and their are responsible for turning on the votive lamp.

The civil and religious celebrations last for several days and involve the entire city, through a rich calendar of events. Unmissable event is, in the Lower Basilica dedicated to the Poor One, the solemn ceremony of the Transit, reminiscent of the passage from life to death of St. Francis. After the ceremony, in the churchyard, it’s distributed a blessed olive branch; it must be preserved as a precious relic to protection of own home. 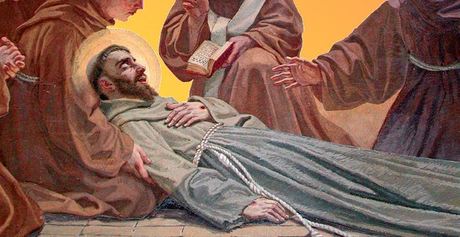 The accommodations of the Mount Subasio Park are excellent solutions to stay in Assisi during the Feast of the Patron Saint of Italy 2019.

6 thoughts on “Feast of St. Francis of Assisi Patron Saint of Italy – October 4”