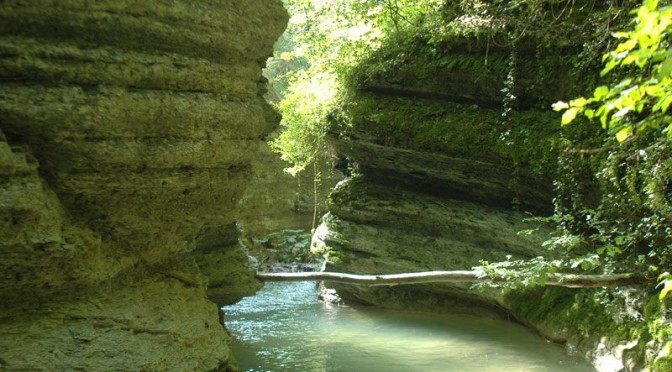 Mount Subasio is a paradise for lovers of trekking; there are many excursion opportunities for experts and amateurs. One of the most characteristic is, without doubt, the one that goes up the Marchetto Canyon to discover the spectacular gorges carved by the river.

The eastern side of the park is particularly rich in springs, ditches and streams that allow rainwater to run off from the top of Subasio. This resource has been used since Roman times and, in that period, it was so abundant that it be enough to supply water and to fill the amphitheater of Assisi during the naumachias, the water games with boats famous in ancient Rome.

Now these streams have season water flow, which generally goes from December to May. The Trail that we propose is the number 62 (renumbered 362) of the Italian Alpine Club (CAI) and follows the path of Tescio, the main river of the Assisi’s district.

The route in its entirety runs from San Vittorino Bridge (252 m.a.s.l.) to Armenzano (759 m.a.s.l.) and it’s 14 km long, but there are several variations which also allow non-experts to cover the stretch more exciting: the passage to Marchetto Canyon (424 m.a.s.l.). 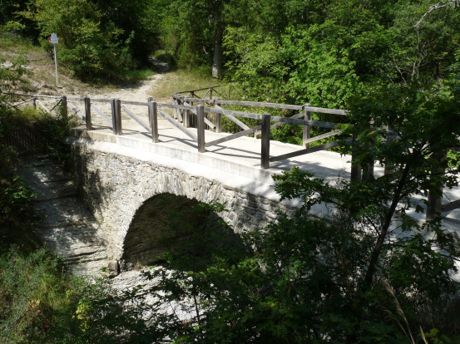 The starting point of our trip can be:

– S.Vetturino Bridge, located to the foot of the Basilica of St. Francis of Assisi. The route then follows the course of Tescio repeatedly crossing the stream, wading and passing on the bridges of Roman and medieval construction, such as S.Croce Bridge, the Torraccia and Molino dei Canonici, to reach Pian della Pieve.

– Ponte Grande, follow signs for Gualdo Tadino, immediately after passing the two local restaurants, take a small path on the right that it joins with Tescio and continue towards Armenzano.

– (Shortest route) From Assisi, go with the car towards the SS444 and reach Piano della Pieve. In proximity of the small town, take a deviation on the right which indicates Brigolante. After crossing a small bridge, park the vehicle on the right and look for the signs pointing the Trail CAI 62(362), towards “Ponte Marchetto”. 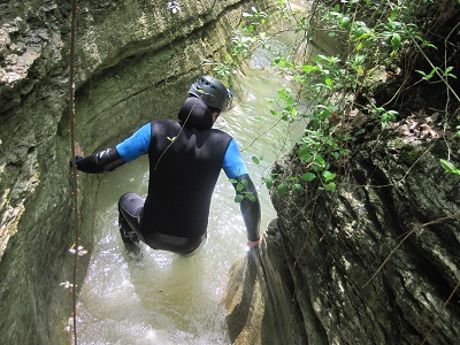 With the constant succession of rapids and pools of pure water, set in a gorge deeply engraved and surrounded by dense vegetation, the river Marchetto is a fascinating and unexpected natural habitat. Above the spectacular canyon, which once divided the territory of Assisi with that of Nocera, it passes the medieval route known as the “Franciscan Way”; from there, in the fall of 1226, the Knights of Satriano accompanied Saint Francis dying to his hometown.

As evidence of the past, we can see two artifacts of great historical-architectural quality and engineering audacity: the Marchetto Bridge (called in medieval “Bridge of Wolves”) recently repaired and, nearby (along the Trail 51(351)), the Cavaliero Bridge (XVII century) from where you can admire in its entirety the spectacular canyon that the water over time has carved into the limestone. 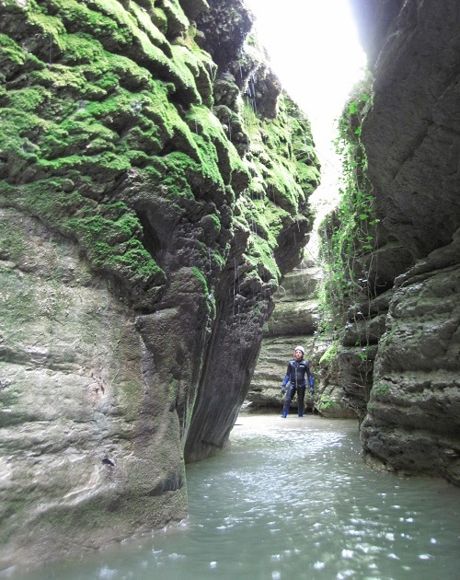 Along the ditch are riparian thickets to white willow, willow ripaiolo and white poplar, while the sunny slopes are occupied by the oak, that it’s replaced, where erosion and slope are greater, by the low bushes of minimum cornetta and talus rosy. Among the birds that frequent this area, there are kingfishers and green woodpeckers.

With the appropriate equipment (swimsuit, towels, replacement dress and diving suit) you can go down into the gorge. The scenery changes dramatically, the canyon, although devoid of jumps, requires the crossing of deep pools; the sunlight just filters, making the environment unreal; it’s definitely an exciting experience!

From there the walk can continue:

– Along the path 62(362) until to reach Armenzano, retracing the old roads that in the past allowed the unfolding of life of local people engaged in pastoralism and agriculture.

– (Solution for those who arrived by car at Pian della Pieve) Recovering the Trail 51(351), uphill to an old farm after which there is a fork. Leave the Path 51(351), which continues to rise on the right, and turn left along a comfortable white road which quickly and without much effort returns to point where we left the car.

For guests coming from outside, we suggest some accommodations close to the path.