Mount Subasio is part of the Umbria-Marche Apennines and is a protected area since 1995. 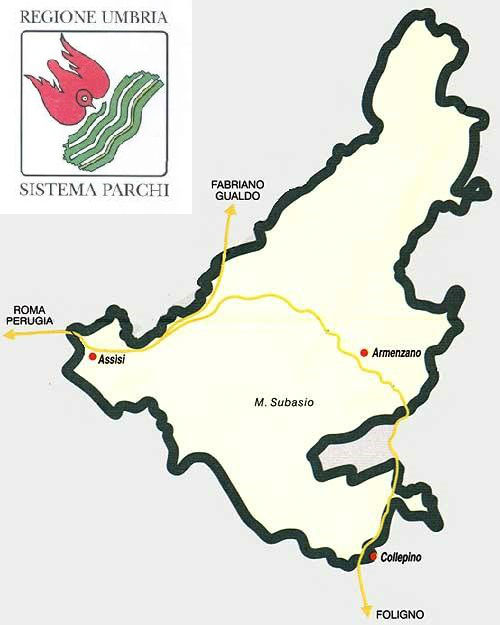 With its 1290 meters above sea level, Subasio dominates all the surrounding hills and valleys: on the western slopes there are the towns of Assisi and Spello; on the east Nocera Umbra and Valtopina, in the north there is the territory of Gualdo Tadino and at south there is Foligno.
In the park there are numerous villages, castles, churches, monasteries, sanctuaries, monasteries and shrines which greatly increase the historical and cultural value of the territory, making it one of the major tourist attractions of the area.
One of the main entrances to the park it is the city of Assisi and for this reason somebody define it as the “Park of Assisi” or “Mystical Park”. It’s the territory of Franciscan history of which the hermitages are testimony. In the Hermitage of Carceri, at 791 meters a.s.l., St. Francis took refuge in meditation with his companions; the Canticle of the Creatures is a clear testimony of profound admiration and love for nature and for the Mount Subasio.

This site is dedicated to the Mountain of Assisi, its traditions, people, legends, nature and events.