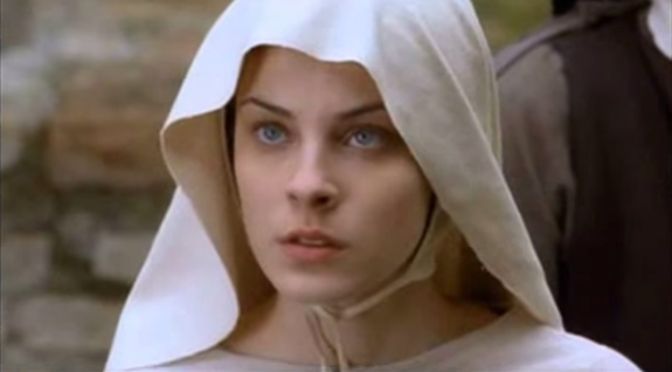 August 11 is the anniversary of two important saints for the city of Assisi: St. Clare, female mirror of San Francesco and favorite sister of the Saint, and S. Rufino, the first bishop of Assisi, martyr, preacher, promoter of Christianity in Umbria and Patron citizen.

Of the many episodes in the life of Clare Offreducci, founder of the Poor Clares, in the folk tradition two of them remain etched in memory. The first is the liberation, with the intercession of God, of Assisi from the Saracen troops ready to ravage the city (Feast of the Vow, every year on June 22). The second is temporarily placed in a Christmas Eve in which Clare was ill in bed and she had a vision of the Mass celebrated by St. Francis (that is why she is the patron saint of television and telecommunications). 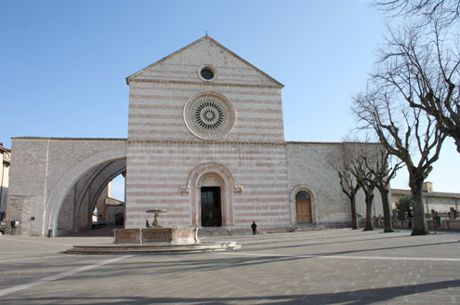 The morning of 11 is celebrated for her the solemn Mass in the church dedicated to her, the Cardinal Papal presides it and it is animated by the choir of Cantori di Assisi. The Poor Clares in the Protomonastery accompany, instead, vespers and Mass for transit of the Saint.

Because of the combination, the feast of Saint Rufino, Patron of the Seraphic City, has moved to the next day, 12 August. In the morning, in the Cathedral entitled to him and in which, in a beautiful Roman sarcophagus, the martyr’s body is preserved, there is the celebration, presided by the Bishop. In the evening there is a concert by the Choir of Saint Rufino, followed by a fireworks display. 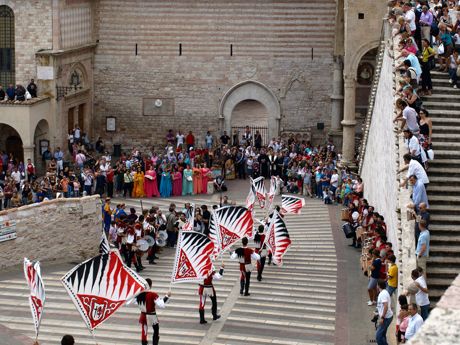 After the institutional and religious events, the celebrations of Patron continue on the last week of August with the Palio di Saint Rufino, one of the events more revelers e playful of Assisi.

Its origin is very old (XIV century); during the Palio, the members of the Company of Balestrieri Assisi are divided between Terzieri (St. Francis, St. Rufino, Holy Mary), and, in a shooting contest, vie for the “drape” of the team victory and the “silver leaf spring” of the individual title. 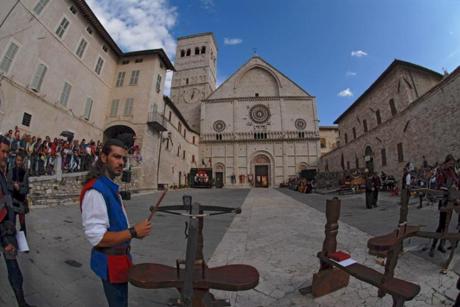 The festival is a series of exhibitions, conferences, medieval banquets, shows in the light of flashlights and torches and there is the reenactment of traditional citizen fair.

Here are some of the highlights of the Palio of San Rufino 2019 (17-25 August): celebration in the square with reconstruction of excerpts of medieval life; “Banquet courteous” (invitation); Market of San Rufino in the streets of the center; show of the Compagnia Balestrieri of Assisi in the Piazza del Comune; 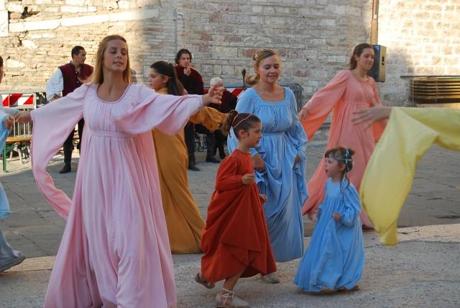 Historical parade from Piazza del Comune to the Cathedral of San Rufino; Holy Mass celebrated by the Bishop; investiture of the new archers; baptism of small crossbow; Propitiatory Dinner for the dispute of the Palio; theathral show; historical parade from the Piazza del Comune to San Rufino; exhibition of the historical groups; team competition between the archers of Terzieri; badger individual shooting race; award with the assignment of the Palio.