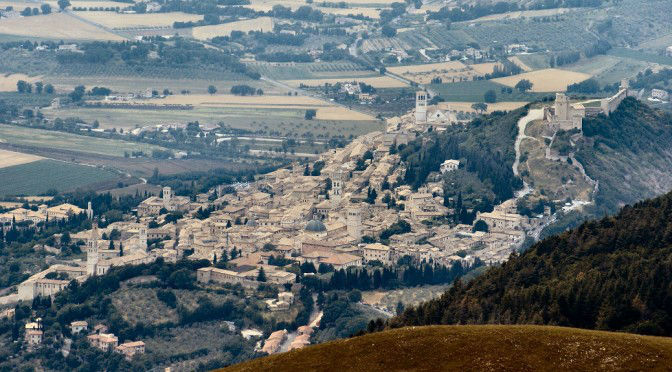 Subasio, what is the origin of the name?
According to Gatti, Subasio could come from “sub” (below) + “Asi”: under the protection of the Asi spirits who were Norse Gods.
According to other sources, the name would have sacred origins and should draw on the cult of Sabbatius, assimilated to Bacchus, as the protector of all plant life.

It is interesting to report what Gemma Fortini says. She would tell an ancient legend that the city of Assisi was founded by Asio, brother of Hecuba, wife of Priam and Queen of Troy. After the destruction of the city, Asio would become the lord of a vast area of central Italy, choosing his home on top of a mountain, he subjected the shepherds who were grazing their flocks here, and he would have given to this place the name to Sub-Asio.