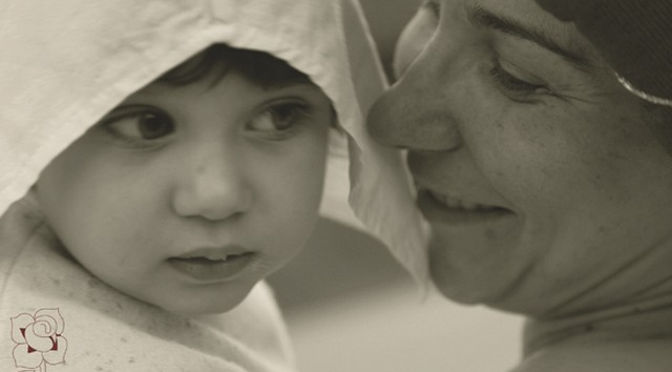 The Commune was born around centuries XI and XIII by the union of castles, churches, monasteries and hill towns near the Subasio; it is still a country rich in tradition and rooted in its origins, a reference for the Park with its exhibitions of enogastronomy and handicrafts of the area. 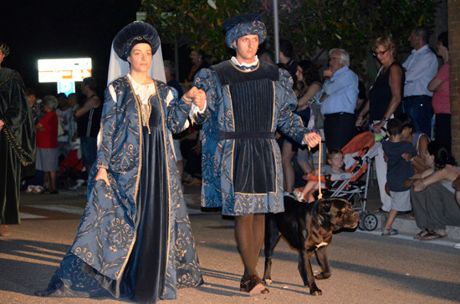 Thanks to the constantly involved of all the inhabitants of the green Umbrian village, the reenactment of the Palio of Saint Bernardino has managed to carve out an important space between historical medieval events of the zone, to custody of customs and traditions worthy to stay alive.

A week of events in which a Valtopina with the dress of the feast shows the best of itself: dinners, games, culinary competitions, markets, in an atmosphere that evokes crafts, colors and flavors of the Middle Ages. Everything culminates with the historical parade of Saturday night where the three Castles, Pasano, Serra and Poggio, show slices of life medieval. 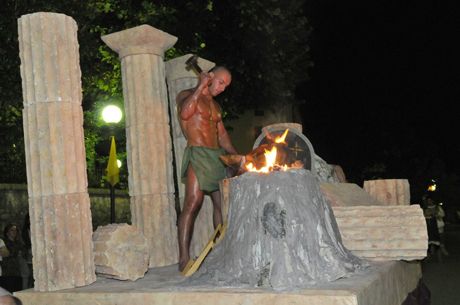 The three districts compete, for the coveted Saint Bernardino’s Palio, vying each other in traditional yokes: shooting with the slingshot, tug rope, aims to rooster and relay race; there is also a Palio dedicated to babies, with parades and traditional challenges for children: nutcracker, shoot to goose and rooster and lemon racing. 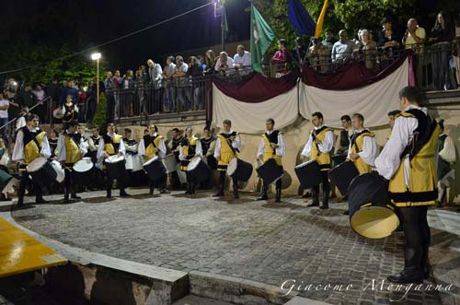 The Saint Bernardino’s feast in Valtopina will take place from June 29 to July 3, 2016. Among the most important events: the blessing of the castles’ banners, the keys delivery to the Ente Palio, the oath of the Massari, a competition of drummers, the treasure hunt, the dinner of the castles with the spectacle, the Childrens’ Palio, the presentation “Valtopina and its Statutes”, the show and the medieval dinner at the castle tavern with typical food, a culinary traveling competition of the castles, the medieval market – arts and crafts through the streets of the village with the falconers show, the Palio of the boys, a parade through the streets of the country, the “notice of challenge” of the Massari, the games: aims to the rooster, sling shot, tug of war, chase the witch (relay race through the streets of the country) and the assignment of the San Bernardino’s Palio 2016.