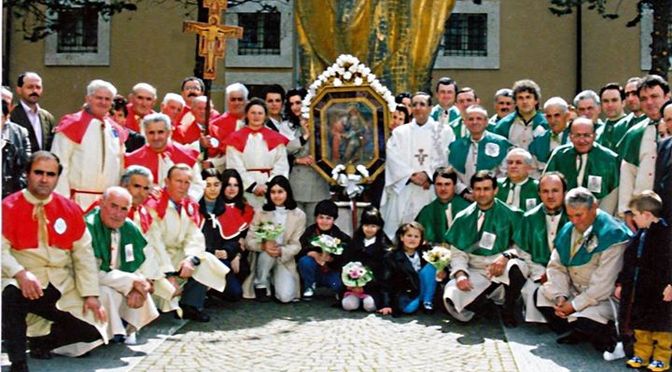 In Paradiso place, a town near Assisi, and close to the Park of Mount Subasio, in July, there is a festival whose origins are lost in the memory: the Feast of St. Anne.

It is thought to date back it to the seventeenth century. The writer Vittorio Falcinelli in the book “Per ville e castelli di Assisi” handed down an ancient legend about it. In a far July 26, some of the faithful of St. Anne who lived in Petrata (town near Paradiso), while on their way to the nearby celebration, they saw some peasants who beat the wheat. Given the importance of the day, they invited the farmhands to stop working, but those continued. Careless of the suggestion, they replied in the Umbrian dialect that the saint was far from them and she did not see it: “Sant’Anna sta tulà, no’ battemo tuquà!”. That night, in that place, the ground collapsed, swallowing everything, a water spring, still active today, appeared in place of the houses; it was the last time someone beat the wheat at St. Anne day. 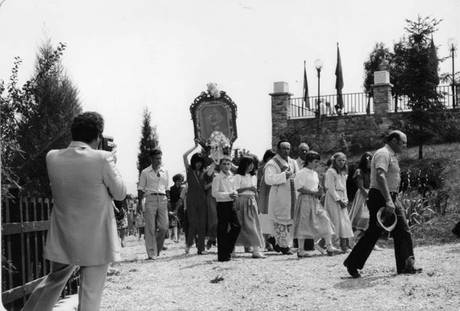 In Paradiso place, yesterday as today, the weekend after July 26 it is dedicated to St Anne, with a large attendance at religious ceremonies and an inflow still higher, of local people and tourists of accommodation facilities nearby, for the subsequent friendly festival with musical entertainment and fireworks. 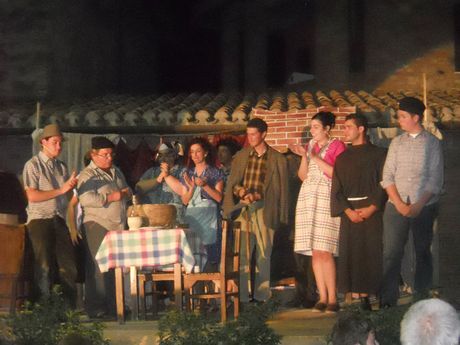 In this event, the mother of Mary and protector of pregnant women can arouse, in the inhabitants of the small fraction, a genuine and sincere religiosity, united with an irresistible desire to have fun and stay together.

The festival takes place from July 19 to 28, 2019 in Assisi at Paradiso place. The appointment with dialectal theater it’s in the evening of 23 July.