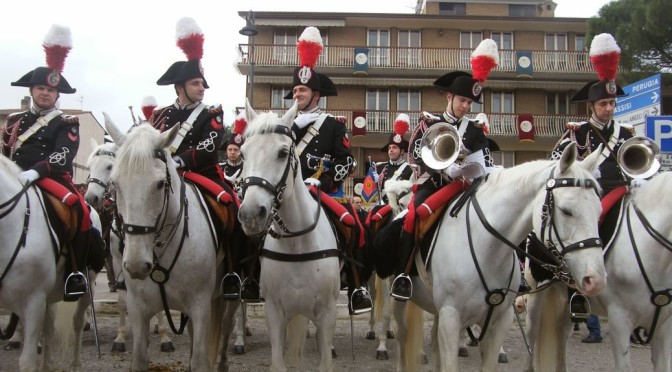 The Subasio is a land with a strong tradition in forestry and pastoral activities. It’s particularly felt here, as in all of Umbria, the devotion to Saint Anthony Abbot, hermits of Egyptian origin (251 – 357 AD) that the entire Christian civilization considers protector of domestic animals. Praying Saint Anthony helped prevent diseases of the beasts and, in all farming villages, it took place a big feast on the day of its recurrence January 17. 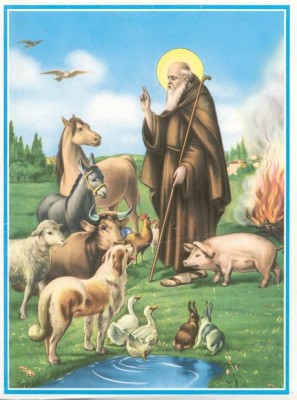 it is curious to discover, in some chronicles of early twentieth century, as in villages places in the furthest reaches of the Mount it was used to postpone such commemoration and, confusing Anthony with Anthony of Padua, the festivities were held in the warmer and sunny day of 13 June.

In the plains, especially in Santa Maria degli Angeli, a hamlet of Assisi famous for the Portiuncula, the tradition is more felt than in any other areas of Umbria. The town was once a well-known station for horse changing of postal postillions in transit between Florence and Rome. Around 1860 a serious epidemic broke out, which hit particularly those horses. It was at risk the whole economy of the area and the people called with confidence on Saint Anthony Abbot of which was close the anniversary. The prayers obtained the desired results, the disease was averted and the horses were saved from death.

Since that year, as a thanksgiving to the Saint, it was celebrated with even greater solemnity his feast, his statue was carried in procession through the streets of the country and it was distributed, in honor of the poor hermit, the food to the needy which took the name of “Saint Anthony’s Dish“. 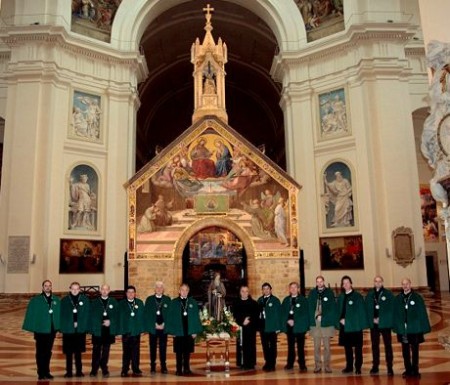 The Association Saint Anthony’s Dish was born in order to pass on the tradition, the history and significance of the anniversary, being celebrated today the first Sunday after January 17. The Dish is an event that every “true” Angelano can not miss. The restaurants in the area, with a contribution to the Priors, welcome citizenship for Sunday lunch. Like translation, this lunch is composed of: a ration of macaroni, two slices of meat stew, four sausages, two meatballs, bread, half a liter of wine and two apples.

The appointments most followed of the event are: the blessing of the animals and the distribution of votive bread in the morning of Sunday. Peasants, farmers, shepherds and ordinary citizens take their pets in the parade in the central square of Santa Maria degli Angeli for the solemn blessing performed by the friars of the Portiuncula. 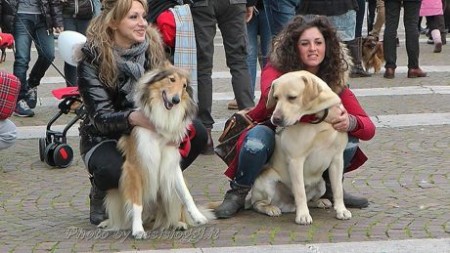 Also the military horses join the event, you can see an exhibition of cars, motorcycles and antique farm machinery, or walk the streets on historic carriages pulled by horses. The event continues with the commemoration of the war dead and ends with a musical evening.

A traditional festival with the true flavor of old times.

This year, the Dish of Saint Anthony in St. Mary of the Angels will take place Sunday, January 19, 2020. The festivities start already at the beginning of the month with: collateral events, tasting of food and wine products and dinners in the Tavern. For info see the website of Priori Saint Anthony’s Dish.

Race of the Candles in Gubbio