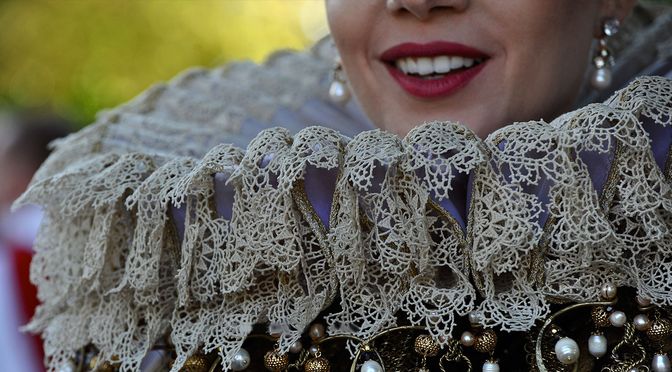 The Quintana is the joust with the ring most difficult and challenging of Italy and it takes place twice a year in Foligno.

During the competition, each contender has to ride through the insidious track, shaped like an 8, named “Campo de li Giochi” of Foligno. At the intersection of the two diagonals of the path it is located the wooden statue of the god Mars with his right arm outstretched. The hook, under the clenched fist, has hanged a ring; the knights, riding the galloping horses, must tuck it, using a metal spear. The tournament is divided into three rounds, with rings that progressively reduce their size. The winner of the Palio is the knight who ends the path, with the least number of penalties in the shortest time. 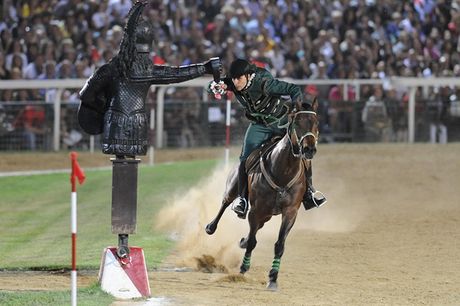 The Quintana name derives from the naming of a street of the ancient Roman recruits camp. The soldiers, in training, did an exercise very similar to the modern Tournament of Foligno.

The night before the race, on a journey back in time, the today city center roads are crossed by the Historical Parade of the Quintana with hundreds of characters with magnificent baroque costumes.

At the end of the parade, in the Repubblica Square, it is read the notice; they are presented the knights, who receive the bishop’s blessing, and it is extracted the starting order of the next day. 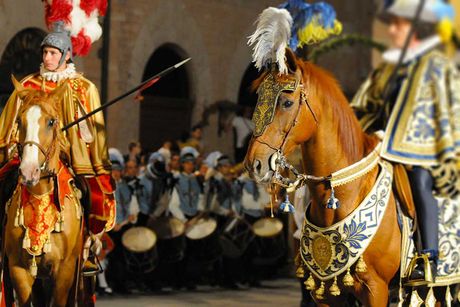 In the two weeks that anticipate the Quintana, the city comes alive with events involving the population of Foligno, alternating goliardic challenges and historical pageants. During the entire period, they are open the ten district taverns, offering typical foods of the seventeenth-century gastronomy and traditional Umbrian dishes, accompanied by the best local wines.

Among the events not to be missed, related to the Joust of the Quintana, there is the Fair of the Soprastanti, the accurate reconstruction of the market that it once taking place in the city. On the counters are displayed and sold goods in strict eighteenth-century style. The eye of the visitor is captured by: people in costume, soprastanti (the police of the time), musicians, jugglers and fire-eaters. This time, the purchases are made only with antique coin: the Quattrino of Foligno (changed on site). 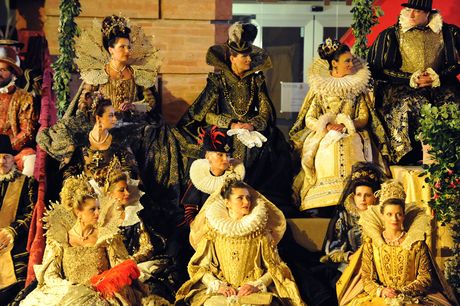 Another important event is the Race of Conviviums, a culinary competition second in importance only in respect of the Joust. The ten districts reproduce a sumptuous Baroque feast, with food inspired by the seventeenth-century gastronomy, accompanied by music with ancient instruments, with costumed dances, jugglers and acrobats.

During the period of the September’s Joust it takes place in Foligno, Baroque Signs Festival with music, theater, film and exhibitions guided by the Baroque, including the “Baroque White Night“, where shops, restaurants, museums and taverns of the districts of the Quintana stay open until late at night.

The Joust of the Quintana in Foligno 2018 takes place on June 15-16 and September 15-16, it is an excellent opportunity to visit Umbria in a relatively quiet time of year. Do not forget, of course, also to make a short visit to Assisi and the Subasio Park!

Race of the Candles in Gubbio

One thought on “Joust of the Quintana in Foligno”