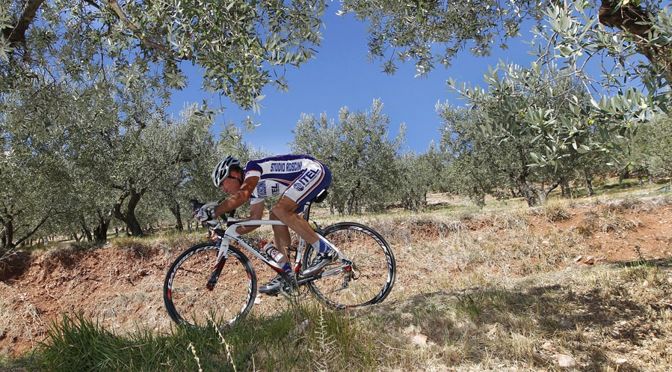 The tourist and amateur Cycling Marathon StraSubasio “Terre di Assisi” is a relatively new event but, with the succession of years, it’s gradually emerging as one of the most characteristic and followed appointment of spring. On May 29, a peaceful and festive invasion of bicycles and cyclists will fill the streets of the historic center of Assisi and the roads around the Subasio. Since the first edition, amazement and curiosity, of locals and tourists, in the city during the spring weekends, were soon turned into appreciation for a genuine initiative, pointing to the health of the body and to the enhancement of historical, artistic, religious, nature and landscape of our Mount.

The route of the 2016 will have small variations, so as to make the cycling race more accessible to the public and more exciting for the participants. Carers will be able to reach the main points of the path with the minibus provided by the organization, or make excursions organized by CAI. The StraSubasio “Cycling Marathon of Assisi” will start and finish in the seraphic city and will follow part of the route taken in the Tour of Italy in 2012 (uphill finish won by Joaquim Rodriguez, second in the final standings) and the 1995 (time trial won by Tony Rominger , pink jersey of that tour). 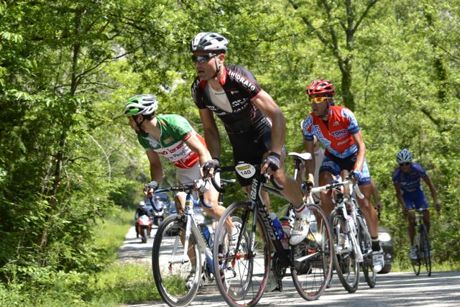 The event, in its entirety, lasts an entire week. It includes other interesting events. The evening of June 4, for example, it runs the Randonnee, cycling race at night from Florence to Assisi on the roads travelled by Bartali during the Second World War when, pretending to train, he carried in the barrel of his bike the falsified documents that saved from deportation hundreds of people.

In the first week of June, the StraSubasio  proposes an exhibition of Historical bicycles, some guided tours in Assisi, to the Bosco di San Francesco, to the Mount Subasio and to the Museum of Memory. 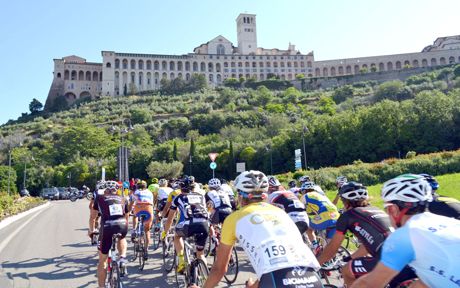 On May 29, the day of the competition, you can choose from three routes: Cycling Marathon Race, Cycling Mediofondo, and Ecological Walk to the beauty of Assisi. The Race (distance more than 100 km, altitude difference greater than 2000 meters) is the toughest competition, with a track of exceptional cycling features, inside beautiful and pristine scenery that identifies the most typical Umbrian landscape. 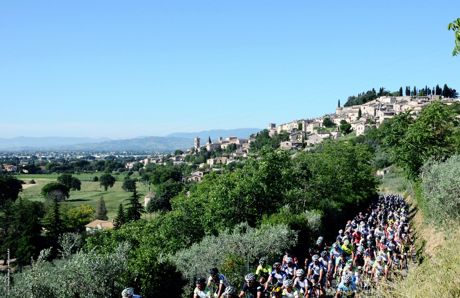 The path of StraSubasio Mediofondo follow the route of Cycling Marathon, with low mileage. The Walk Ecologica, instead, makes the rounds of the Sanctuaries by bike: the basilicas of Santa Maria degli Angeli and San Francesco, the Piazza del Comune, the Churches of St. Clare, San Damiano and Rivotorto with the same arrival as that of the cross-country skiers, enjoying all together the final ceremony. After the race the riders will have the squares: Santa Chiara, del Comune e di Chiesa Nuova for the moment of final meeting and conviviality with teammates, friends and families.

We suggest some structures nearby and along the route of StraSubasio. For join the race visit the official website.