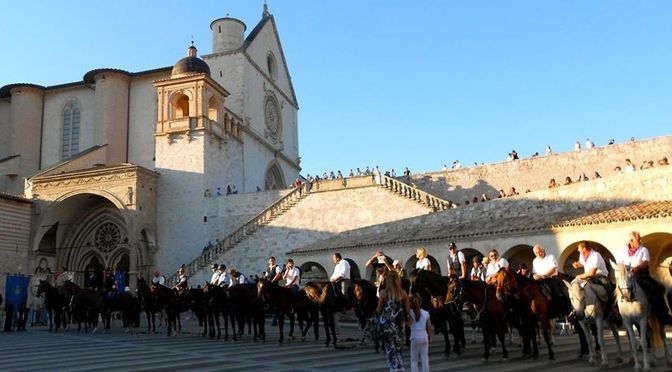 The Cavalcade of Satriano is one of the most characteristic manifestations of Mount Subasio.

The event was created in 1923, when the podestà Arnaldo Fortini established, together with other eminent colleagues as Gabriele D’Annunzio and Guglielmo Marconi, the formation of the “Company of the Knights of Satriano” to remember the last days of the life of St. Francis.


In the first weekend of September there is a historical commemoration with  horse that retraces the last trip of San Francis, close to death, to his hometown. In two days of commemoration, the group of Knights of Satriano part from Assisi, with the blessing of the Sacred Convent, and reach the small village near Nocera Umbra and then back again in the seraphic city, through all the stages traversed by the Saint as: Pian della Pieve, Costa Trex and Armenzano, the Romita of Nocera Umbra, Villa Postignano, San Leonardo, Montarelle refuge.

While Francis, full of disease and near to death, was in the place of Nocera, the people of Assisi sent a solemn deputation to pick him for not to leave to others the glory of possessing the body of the man of God. The knights, who carried him on horseback with great devotion, reached the poor village of Satriano, just when hunger and time made him feel the need of food. But as they tried, they did not find anything to buy. Then the knights returned to Francis and said: “It’s necessary that you give us some of your alms, because here we can not find anything to buy.”

“This is why you do not find it – said the Saint – because you trust most in your flies instead of God.” called, evidently, flies the money. “But – he continued – pass again to the houses where you have been and humbly ask for alms, offering in place of the money the love of God! Do not be ashamed, because after sin it’s granted everything as alms and the great Almoner gives wide and with kindness to all, worthy and unworthy.”
Deposed the shame, the knights went immediately to beg, and found to buy much more “for the love of God,” that with the money. All offered in a race, with happiness, the hunger didn’t dominated anymore, and the rich poverty prevailed. (Brother Thomas of Celano – Life of St. Francis (first and second) and treated of miracles) 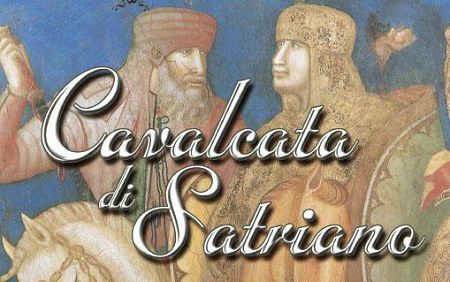 The Cavalcade of Satriano 2017 will be held September 2-3, here you find the program of this year.

The Porziano Castle of Assisi