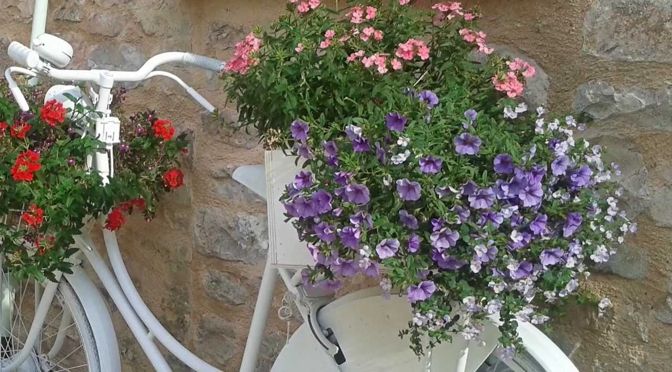 The popular tradition is much felt in the Mount Subasio area. In June an July, at San Giovanni di Spello, Armenzano, Costa di Trex e Porziano, we celebrate, from several decades, many events by ancient flavour.

The weekend following the June 24, San Giovanni of Spello, known as “Paradise of pink stone”, celebrates its patron St. John the Baptist. This is an event full of initiatives in the sign of the friendship, but especially the Umbrian tradition. 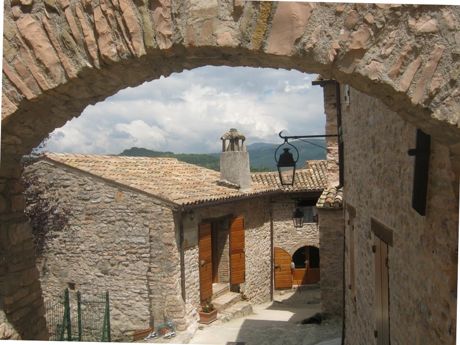 It starts with the opening of the stands and then continues with “Subasio … in songs”, rich collection of popular songs and sounds. We start from San Giovanni for a walk to discover the Subasio and the summer black truffle. There are the Mass, a procession and a Jazz music concert. They follow: photographic exhibitions, religious events, children’s entertainment and many, many popular games. 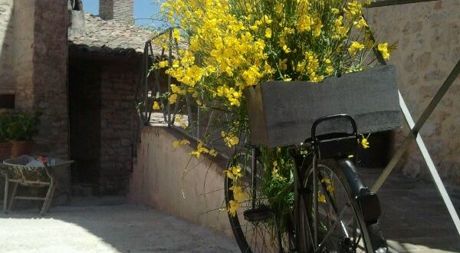 It is these to be etched in my memory of little girl who was waiting impatiently this summer weekend to go to the party with the grandparents and parents. Already from my house, just between Armenzano and San Giovanni, I felt the morra players: “seven! five! three! “; fantastic memories! Everywhere there was the greasy pole and the bold young of that time who showed off in front of everyone their sporting abilities, but the activity that caught the attention of other children and me it was the ring and ducks game; who was able to thread the plastic ring at the neck of the duck, he would brought it home; I’ve never succeeded.

Everything was wrapped by the scents of our culinary tradition: the grilled sausages, ham freshly cut and game sauces. It was beautiful observe meetings of the elders that were reviewed at that time after long periods, exchanging friendly pats on the back and remembered together the old days.

Let me share with you my most beautiful memory related to this festival: the commitment that my grandmother devoted in the preparation of water perfumed with which we washed our face on the morning of St. John. The day before we gathered all the flowers and weeds that were in the vicinity of the house, then we left it to soak in water for at least a day and a night; I assure you that water had a heady scent. The morning after getting up, wash your face and feel the fragrance of pure nature evoke beautiful emotions.

Only last in order of time is the Feast of the Blessed Giovanni of Nottiano, one of the first followers of Saint Francis, born and lived right in the hilltop village near Armenzano.
Sunday, July 1 2018 is recalled the meeting of the Poverello with this peasant who left his plow for become a monk:
9:00 a.m. Franciscan Walk
11:30 a.m. Mass and commemoration of the “Donation of the Ox”
1:00 p.m. Lunch of the “Simple” offered by the Pro Loco and local families.

The Sunday after June 13, few years ago, we celebrated St. Antonio at Cerque Grosse locality near Armenzano of Assisi. In the morning we started with a walk on the nature trail that leads to the religious Cave of St. Francis, they were exposed posters of the Flora and Fauna typical of Mount Subasio, pictures of peasant life of mid-twentieth century of Armenzano and memories of the past related to the family Rosati, owner of the ancient local majesty. In the afternoon, the event participants were involved in competitions of popular games, photo exhibition, recreation and refreshment stand. Now, it remains only the religious commemoration, in late morning.

Still today, commitments permitting, I try not to miss the festivities of San Giovanni di Spello, Blessed Giovanni of Nottiano, Madonna dei Tre Fossi or Madonna della Cortina of Porziano to continue to relive the emotions linked to the traditions of the past.