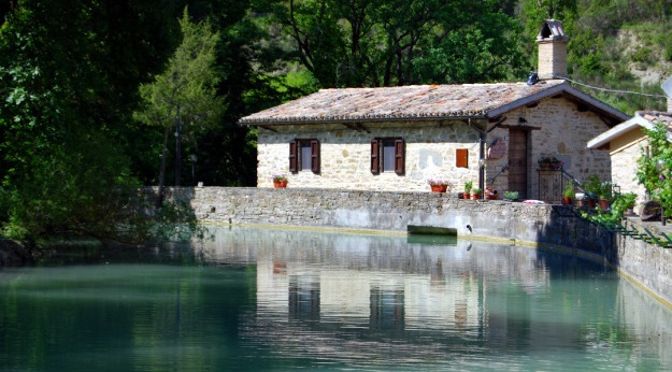 From Armenzano, the heart of the park, there are many paths of CAI linking this Subasio‘s village with the rest of the Umbria (Assisi, Spello, Valtopina, Nocera Umbra, Gualdo). The trail, marked with the number 59(renumbered 359) is short (4 km), but rather technical and one of the most rich in history.

By departing from Armenzano (m759), ancient medieval castle, it go down in an unpaved road that leads to Nottiano, agricultural agglomeration of franciscan memory. Here in 1219, Francis met Blessed John, one of the first followers of Saint Francis of Assisi. Far away, you get to see the Monte Faeto and the tops of the Sibillini. 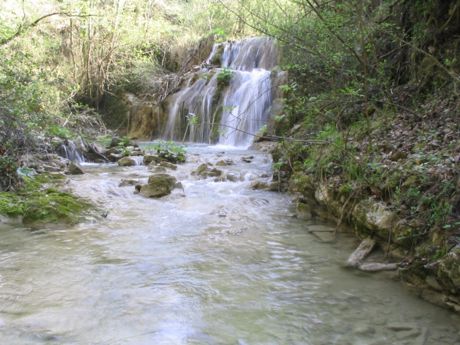 The trail continues to Cerque Grosse place and, following the ditch Troccarelli, you reach the Torrent Anna. Thanks to humidity, vegetation here is particularly lush and, in a mix of oaks, maples and hornbeams blacks you cross a undergrowth consisting of fragolina grass, primrose, laurella, ivy, liverwort, pulmonary, hellebore, cyclamen, fern and various species of mosses.

On the way you have to cross a few times Fosso dell’Anna, dry only in summer; it is better, then, to equip themselves of tools dedicated to cross small streams.

Continuing, the trail leads to the ruins of the Pollo’s Mill (located on the confluence of Fosso del Vettoio and Fosso dell’Anna, census in the eighteenth century as Mill of Salari), and then to a small waterfall. Water has eroded in several places the clay and waterproof soil of this gorge, producing deep and characteristic gullies. Along the bank of the river, the vegetation is composed by: red willows and poplars; on the ground grow: horsetail, tossilaggine and butterbur.

Abandoning the Fosso dell’Anna, you continue along the canal that feeds the pond of Valentino’s Mill (m. 444), the only water mill still working around the Subasio Park. It’s also called Mill of Buccilli, from the name of the current owners; it is located on the road from Valtopina to San Giovanni of Collepino and it has been in business since the mid-nineteenth century. 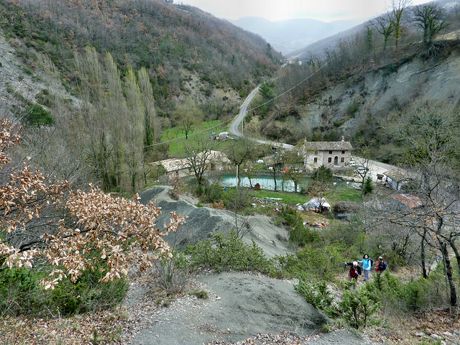 The water of some creeks comes at a catchment (bottaccio) and, reached the right level, from the mill they are opened two holes; the water falls with force above the blades of the wheel stone used for grinding cereals and it actuates, also, the gears of the one used to sift. The amount of the flour produced by Buccilli Mill, thus, it depends on how long it takes to fill the millpond; it requires several days in the summer, while, in the rainy seasons it is possible to grind even three times a day.

The owners, with the flour obtained, producing the homemade bread cooked on an old wood stove and sold on the spot. 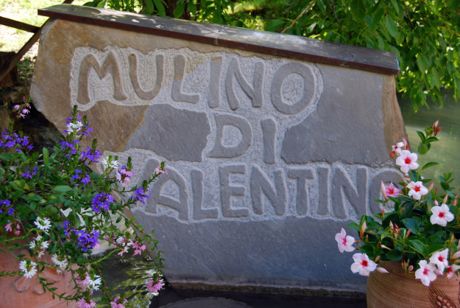 Visited the mill, open to the public as a place of memories and traditions of the ancient Umbrian peasant life, you can return to Armenzano by the Trail n.57(357) which leading up to the summit of Mount Subasio and down, finally, using the Trail n. 55(355). Alternatively from Buccilli Mill you can reach Valtopina, a town known for the truffle and embroidery fairs.

The Farmhouses of Subasio, that we recommend, are ideal for staying in the Park.